It’s Sunday! Time time kick back & relax. Maybe make a Sunday feast, watch a movie, or just have a good conversation with someone.

Most of the time my posts come from something that occurred during the week. There hasn’t been much occurring so it’s been harder to write posts. I suppose we can blame it on the pandemic because we haven’t been getting out and doing things. But I have been working out in the field this entire time and the other day I had a conversation with a coworker that prompted this post.

I was filling in for a teacher so she could take her break. It was lunch time for the kids. Lunch was hamburgers, vegetables, and fruit. The other teacher asked me “are you vegetarian or vegan?” I answered “vegetarian on the way to vegan.” He asked what I meant by that. I told him I am having a hard time giving up cheese and that I need to work on finding other products to use as a binder instead of eggs. He said “if they’re raised and cared for right and treated humanely it shouldn’t be a problem, but that is the problem they aren’t.” I replied “yes, they aren’t.” He then said “you could raise your own chickens so you can raise them humanely.” I replied “it’s not just about raising them humanely. I truly believe that God did not create animals just so we can slaughter them and harm them. I know that’s seen as normal but I don’t believe it is or what is meant to be.”

The teacher I was filling in for walked in and heard part of our conversation. I honestly can’t remember exactly what led up to us going from talking about foods to products but somehow it was an appropriate time for me to say I don’t use products tested on animals. She said “I don’t do that either. I buy products that, well at least say they aren’t testing on animals.”

The male teacher that started the conversation with me was still listening, I looked at him and said “somebody has to speak up for the animals.” He nodded.

I walked away feeling really good about this. It made me feel good someone was interested enough to ask me about this and to truly listen to me and dialogue. So many times people are judgemental and have their minds closed. They think I am “just one of those” when really “I” am not just one of those, “we” all are. This is an issue we all need to be concerned with. Proverbs 12:10-“The righteous cares for the needs of their animals.” 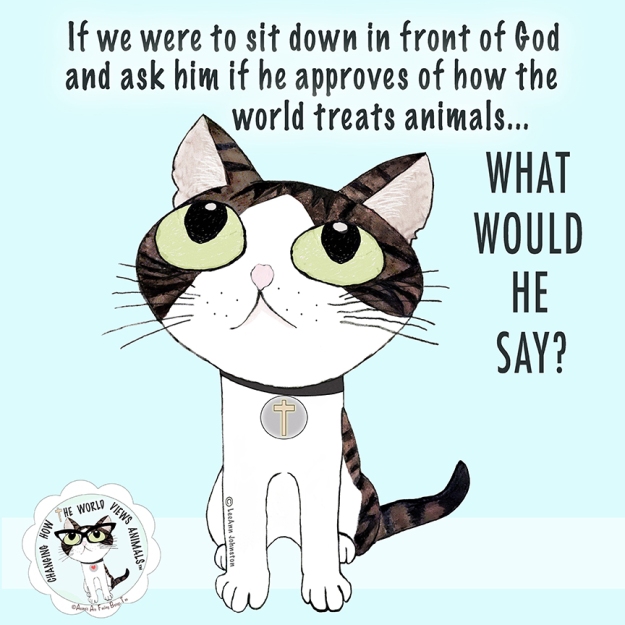 I am not judging you if you do eat meat or use products tested on animals. I did my entire life too until about 5 years or so ago. I am just asking you to think about it.

Remember…extend your love for your pet to ALL animals because ALL animals feel the same as your pet. ©Animals Are Feeling Beings Too