The tale of Jock

This Tuesday’s Tale is not about a dog or cat like they usually are. This is a tale about a bat.

A bat was spotted where I work by some children. Now, keep in mind it is winter and, although we have had unusually warm weather, they are supposed to be in hibernation. This bat was hanging around a bench outside.

When day three came around, I was becoming very concerned. Others had seen him on day two, but when I went to check I didn’t see him anywhere so I thought maybe he was fine and flew away. But when someone spotted him once again on day three, I knew something wasn’t right.

After talking with a coworker I decided to call a Nature Center near us. I was transferred to someone’s voicemail so I left a message. In the meantime, I called a Wildlife Rehab Center and they said they would take him but I had to bring him in. Yikes…somehow grab a bat, put it in something, and drive it about 30 minutes away. I admit I was nervous about this! But thankfully the man from the Nature Center called back and said since they were so close he would come and get the bat and bring it to the Nature Center.

A little while later, he called to let us know that he checked him over for what’s called, white-nose syndrome, but he didn’t think he had it. He said he just seemed dehydrated. If you want to find out more about the white-nose syndrome bat epidemic, click here. The picture below is of this bat on his back being looked over.

It is a male brown bat 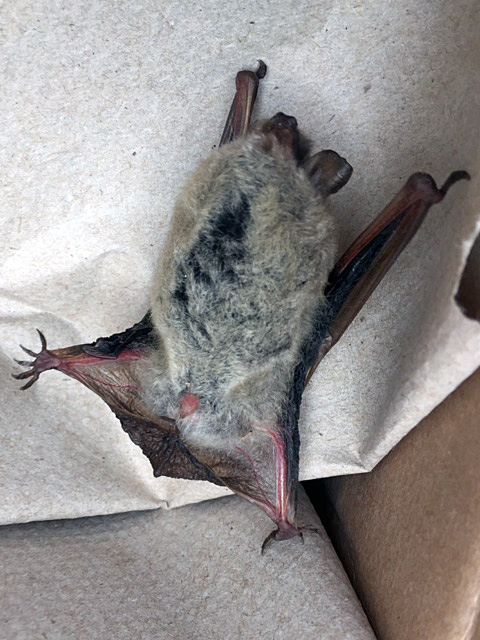 He placed him in a log at the Nature Center because he said it was the safest place for him. 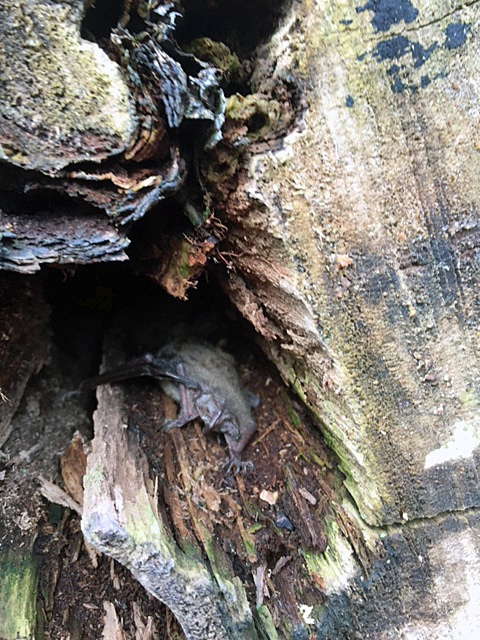 You might be thinking, a bat, why all of this trouble for a bat? Because a life is a life and I couldn’t stand the thought of this living creature possibly suffering or dying while we all walk by him everyday.

I am incorporating empathy towards animals where I work and I felt this was a great opportunity to teach the children that all living, breathing creatures matter and none deserve to suffer. I put together a little story for the teachers to use about this bat and I asked the children who spotted him that first day to name him. They decided to call him Jock.

The man at the Nature Center is not sure if Jock will make it, but I feel great that I made the effort to try to help and that this brought about the opportunity to teach children empathy. I have been praying for you Jock. I hope you make it!

5 thoughts on “This Tuesday’s Tale: Not Your Typical Tale”