It’s Sunday! Time to kick back & relax. Me…I’ve been taking a pause to think about, SURPRISE, animals!

Seriously though, during times like these I sometimes wonder…what do  others think of me because I’m worried about animals during a human crisis? People are dying, losing their jobs, social distancing, etc. I wonder if they are thinking who cares about animals?

But this affects animals too. People are dumping their pets or giving them up because they lost their job and can’t provide for them any longer. Or some are worried they will catch the virus from them.

Factory farm animals…well let me start off by saying I really do not like them. The fact that they are called a “factory” farm in itself shows no living being should be subjected to a life there. I just read about a bunch of chickens that were loaded up, gassed, and then their carcasses hauled away to be disposed of. The reason…because there isn’t as much demand for them right now. (Sigh) They are just treated as an object, a money maker, something in the way now as…if…they…aren’t…a…living…being.

You see, I can’t stop caring. It doesn’t matter what is going on, they are still living beings and we are still responsible to care for them. ALWAYS!

So as always Cino says… 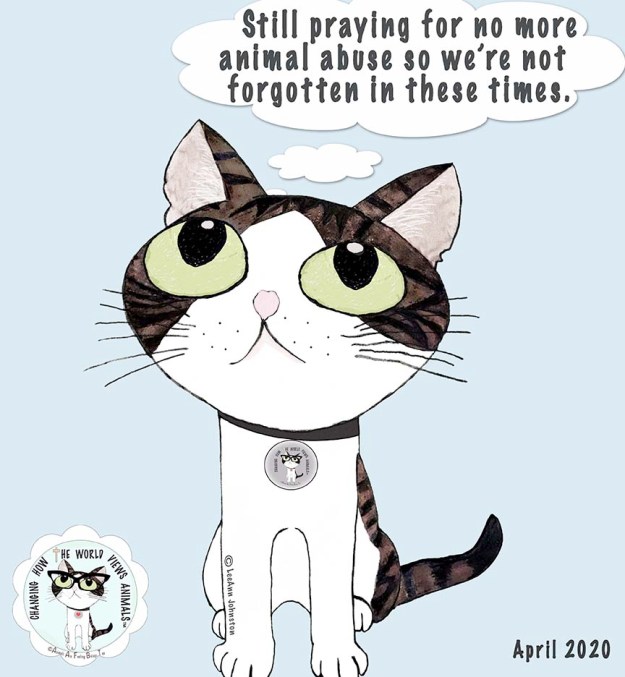