Hello all. I hope you are all staying healthy & safe!

When it comes to writing blog posts I get most of my ideas from life experiences. I have been in a bit of a dry spell lately but the other day I came across a post in a Facebook Neighbors Group about a guy yelling at another guy for yelling at a dog that was barking. I was interested in people’s opinions about a barking dog, which to me, tells me a lot about how they view animals in general. Most of the time I stay out of these group conversations because they can get ugly but I wanted to praise the guy who stuck up for the dog. I also saw it as an opportunity to discuss a little about how animals are animals and we need to respect them. I have snapshots of the actual conversation below with some editing for privacy. My comments are the ones next to the pink circles. I put “AAFBT” in them to make it easier to distinguish. This isn’t the entire conversation but a good portion of it. 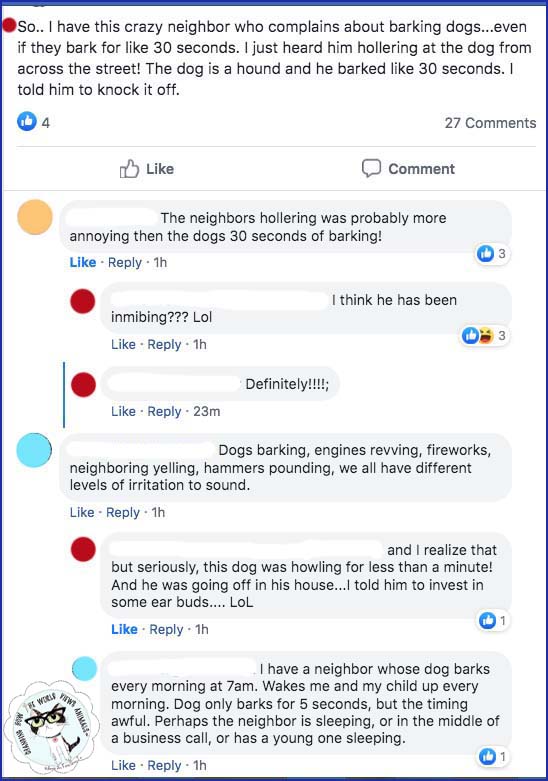 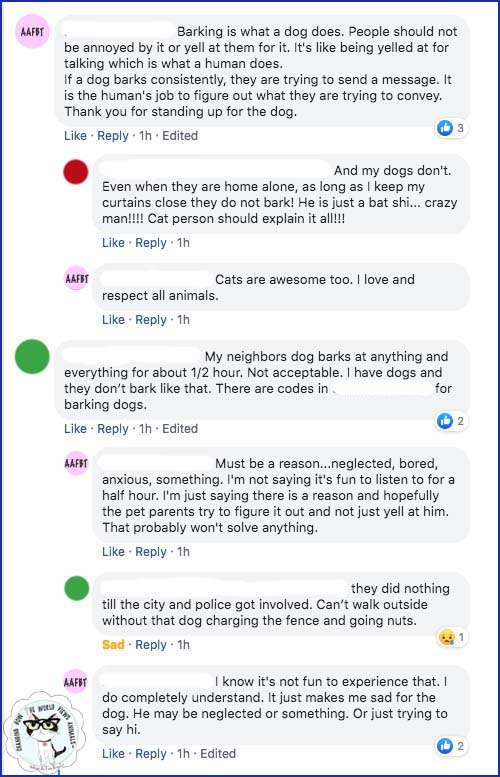 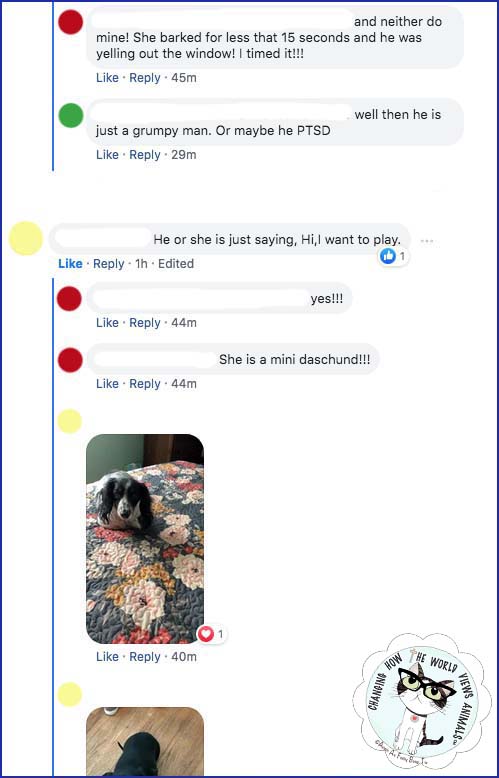 Did you notice his comment to me that the guy who yelled at the dog was a “cat person and that explains it all?” Well……..that didn’t sit well with me. I started typing and then erased, then typed, then erased a few times but ended with a short & sweet response. As an advocate, I’ve learned that anger doesn’t get you anywhere. I wasn’t irritated with his comment just because I have a cat but because I feel all animals deserve respect & kindness. Just because a cat (or whatever animal) isn’t for you, doesn’t mean they should be treated badly or that the person who does choose them as a pet is crazy.

I get very frustrated when people blame an animal for acting like an animal. If a dog barks when someone walks by….um….it’s because someone walked by. They are not being naughty, they are not being obnoxious. They are in fact, protecting their space and you, or they may be excited. My neighbor always says her dog is “being a jerk” because she barks at everyone who is around. I always tell her “no, she’s not a jerk” and she responds with “aw, don’t let her get away with that.” I guess she’s saying I am dismissing a behavior she doesn’t like in her dog.

If an animal is indeed acting out of the “norm” such as barking excessively or chewing up furniture, I am a firm believer that there is almost always a reason behind the behavior. I see it as the humans job to figure out what it is and try to help them. But how many of us do?

I think the main point to be made here is that we have to remember they are animals trying to live in a human world.