Today is World Mental Health Day. With everything going on in the world, research is showing there is a lot more mental health issues than ever.

If you have a pet you know they can be a great antidepressant.

Here is what the Mental Health Foundation says…

Caring for a pet can help our mental health in many ways, including:

I would love to hear about a pet in your life (past or present) and how they help(ed) your mental health.

I am trying some new things. Today I wrote a post in a newsletter/document sort of way. Just click the image to open it up. 🙂

Let’s look at what a mom does. They care for their child by making sure they have a roof over their head. That they have food and water. They care for them when they are sick. They protect them. They love them! Well…..this sounds just like what a pet mom does too!

You care for them on a daily basis
For their whole life this is what you do
If you have a pet, you’re a mom
So Happy Mothers Day to you too!

Happy Sunday and Happy Mother’s Day to all of the human and pet moms! 🐱🐶🐰🐭

It’s Sunday! Time to kick back and take a pause.

Puzzles are a great way to relax and my favorite kind are Word Search Puzzles. I created another one to share with you.

The message in the puzzle is centered around love. Love for all but focused on animals because Animals Are Feeling Beings Too.

I‘ve been feeling the love today for my birthday with many messages, texts, and phone calls from family & friends. It’s a rough year due to the pandemic and my injured ankle but I am feeling the love. 🙂

Well I hope you enjoy my Word Search Puzzle. Unfortunately, it is not an interactive online one. You can print it out or just do it on the screen. The puzzle can be clicked on so that you can enlarge it if needed. The answers/completed puzzle can be found in the link below the puzzle.

Let me know how it goes. Feedback is appreciated! END_OF_DOCUMENT_TOKEN_TO_BE_REPLACED

It’s Sunday! Time to kick back & relax and seriously you all we need to pray. Turning on each other is not the answer.

There is just too much going on in the world (in our country) to even try to fully write about right now.

There is hate, there is violence, there is illness, there is financial worry, and so much more. Aside of these recent global and local battles there has always been abuse. Abuse of animals and abuse of people. I’m afraid with all of the stresses these days this has most likely heightened. So many different challenges people are going through. Just this past week I have heard of two people committing suicide (too close to home). This is one thing that deeply breaks my heart. Thinking that someone felt that much despair that they saw no way out and chose to end their life is such an absolute heartbreaking thing. 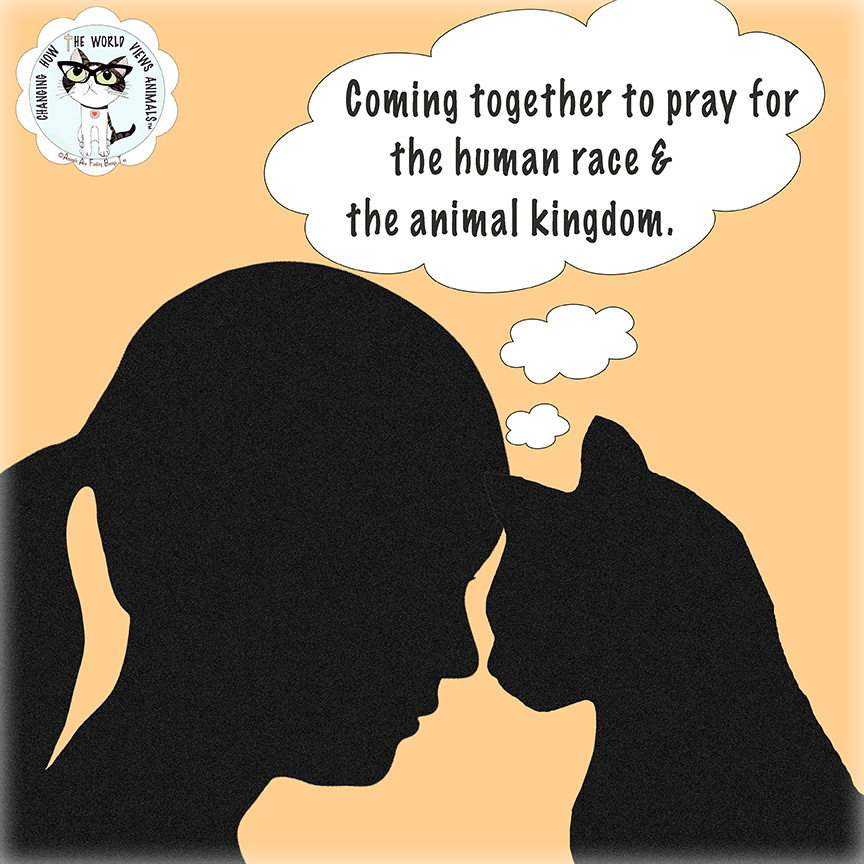 ©LeeAnn Johnston/Animals Are Feeling Beings Too

Not sure what you’re going through but my prayer is you can have a Happy Sunday!

You know it really gets to me when someone says all a pet needs is some food & water and they’re fine. Although it is true that they will most likely will be fine physically what people forget to think about is how they feel. To know how they feel all we have to do is listen. 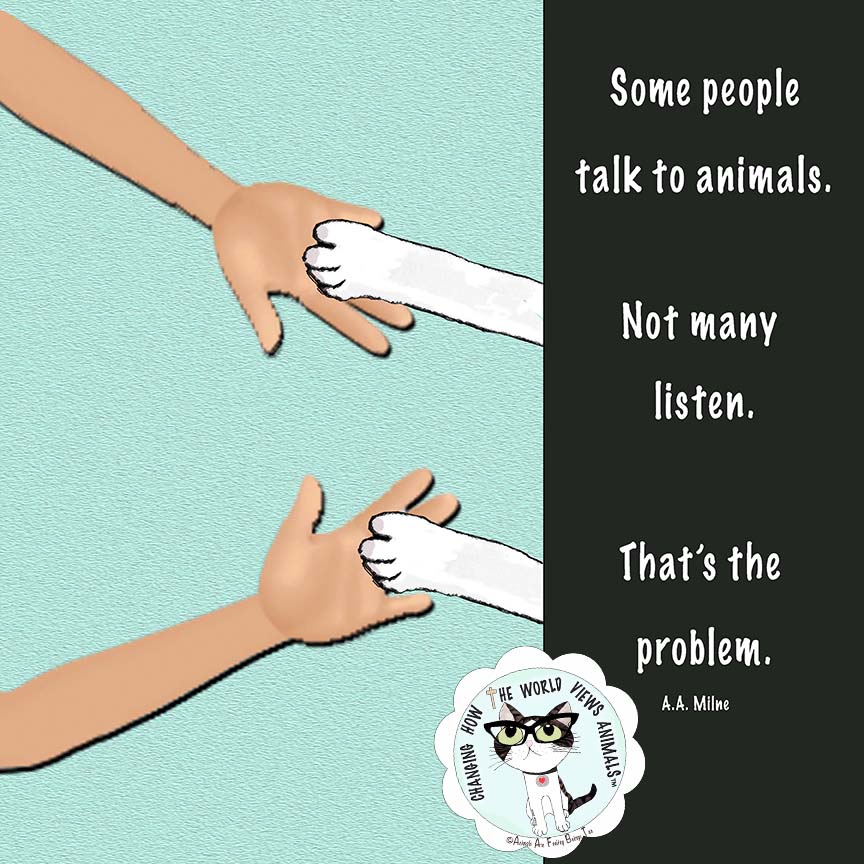 That’s really the whole point of animal advocacy, animal empathy, and love for animals. It’s putting yourself in their shoes and paying attention to what they are trying to communicate. I think if everyone took the time to do that we would see that just throwing some food & water at them is not enough.

Animals are living, breathing beings just as we are. They, as we do, have a life and that life is END_OF_DOCUMENT_TOKEN_TO_BE_REPLACED

Well Jack certainly is expressing exactly how we all feel! I just LOVE this picture and it is so appropriate. Everyone is so excited and anxious to say goodbye to 2020.

I am not one who makes resolutions but if I were it would be more of a wish this year. A wish that we start letting go of the hatred. With that in mind, I wrote the following poem to say goodbye to 2020 and hello to 2021.

LET ALL OF THE HATRED BE DONE

There has been so much happening
It has all been so very maddening
I blame you, you blame me, we blame them
Rather than love, it’s been easier to condemn
Yes, this year has been a tough one
Everyone is surely glad to see it done
But when the mask comes off what will we see? END_OF_DOCUMENT_TOKEN_TO_BE_REPLACED

From the day we are born we learn about our world by our surroundings. We learn from those around us; our family, friends, peers, teachers, etc. We pick up habits, traditions, and even beliefs from others. But one day we hopefully figure out who we want to be, think for ourselves (not necessarily just following the crowd), and that means we may come to see some things differently than what others may see as “normal.”

Because certain things in our surroundings/society are seen as “normal”, people don’t necessarily think about what they say, assuming everyone feels the same as they do.

An example of this is recently a delivery person who was bringing supplies to my place of employment started talking to me about how he was recently out bear hunting. I immediately tensed up. He went on to give me details about how it wasn’t easy but he got him. He explained how he set the traps and had to travel quite far to pursue him. He was so proud of this. All the while he is telling me this I am thinking “do I tell him I do not want to hear this?” and  “do I tell him that I am an animal advocate and that I care about all living beings?”

END_OF_DOCUMENT_TOKEN_TO_BE_REPLACED

It’s Sunday! Time to kick back, relax, and spread a little kindness.

I came across a video clip talking about kindness and they called it a super power.

Here is the video:

Everyone could use some of this these days, including animals. END_OF_DOCUMENT_TOKEN_TO_BE_REPLACED

All we have to do is look around to see that the world is in chaos. I don’t see how this will change things.

There is so much going on and yes, there is some good in there, but the bad and the ugly really seems to be coming out.

We’re battling a pandemic, there is looting and violence going on everywhere, and it’s election year.

Some say the pandemic is a hoax. Some are against wearing a mask. The truth is nobody likes wearing a mask. But if there is even a minuscule chance that wearing one will save someone else’s life (or your own), shouldn’t that be enough?

When it comes to elections I would be curious to see how many people actually learn the facts, views, and plans on both sides before they start criticizing the other candidate, the candidate supporters, and before they actually cast their vote. I suspect there are many people who focus in on one thing they are angry about or just listen to what others are saying without finding out the facts and making their own decisions. Elections in themselves never bring out the good in people. This is when you can see people at their ugliest. Everyone is so passionate about their beliefs which there is nothing wrong with. What is wrong is when people become so blatantly cruel toward those who do not believe the same as they do.

When I first became an animal advocate END_OF_DOCUMENT_TOKEN_TO_BE_REPLACED